Lori Goldston / On A Moonlit Hill In Slovenia 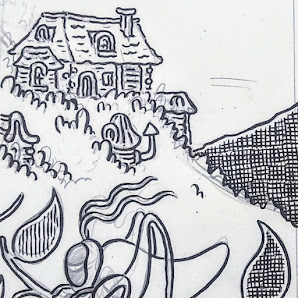 A quick and careless survey of cellist Lori Goldston's career (yep, guilty) reads like that of an itinerant jazz sideperson of yore, how else to account for someone who studied under Maxine Neuman and Milford Graves at Bennington, played with Nirvana, Earth and David Byrne as well as with and for a host of composers ranging from Terry Riley to Ellen Fullman but who seems most at home and at rest improvising with others (Lonnie Holley, Dana Reason, Jaap Blonk to name a few) or alone as evidenced in these two beguiling and unhurried solo improvisations recorded with crickets and night air on the Slovenian moonlit hill of the title. This set consists of two extended pieces that both unfold with the kind of melodic and thematic unity that seems like an impossible feat of forethought and online thought to a non-musician or a musician who cannot improvise at this level, which for all her claims of being "rigorously de-trained" after a period of classical training, is very much the result of an extreme facility as well as the kind of musical intelligence and bold melodic and timbral invention that owes as much to Garrison as it does to Gorecki. The first piece (Side A of this cassette release)  moves from a beautiful opening of plucked and picked figures of descending verse-like lines - largely tonal, some dampened, most allowed to ring. This is followed by a short bowed section that echoes some of the picked descents in a shifting modal orbit and a quieter section of folkish lament, that serves as a rest before a rapturously-intoned ascent of bowed intensity in which a drawn and redrawn motif is worried into strips of umber, atonal bark. Side B is underlit by the spirit of Carpathian folk song and later art song, gradually disassembled into a  circling flight of its own constituent elements, less resolved and distinct than the first piece but it still offers a welcome proximity to a live performance of invention and character at a time when that is sadly absent.

at September 16, 2020
Email ThisBlogThis!Share to TwitterShare to FacebookShare to Pinterest
Labels: Reviews

Modern music feels like it is in reverse. There is a lot of it...probably  way  too much. Nearly all of it is very familiar. This was sent a... 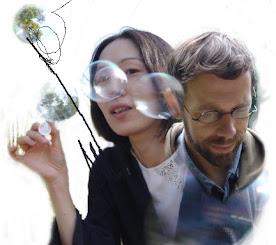 Protean Norm
I have done this before and got kinda tired of the forced labor of dutiful posts and getting harassed by mansplainers when I gave muted or negative reviews. No spring chicken anymore but still love new music and finding music new to me. I freelance in other guises and hope I stand out for my ability to write and listen with some intent. If you think I might like your music, please email me links and I will try and listen and write an honest view. With my last blog I got overwhelmed by the volume of the ordinary and by being nice.